Home  >  News  >  The EG Interview: Ashby’s Peter Ferrari on the responsibilities of retrofitting

The EG Interview: Ashby’s Peter Ferrari on the responsibilities of retrofitting

Wait on the platform at High Street Kensington Tube station and look up: there is a brand-new office building in town.

The newly completed 128,000 sq ft Kensington Building is, in fact, the first new scheme of this scale in the area for 35 years. And Peter Ferrari, chief executive of its developer, Ashby Capital, hopes it will have a big impact on the area’s office market.

“This is a unique plot,” he says when EG visits the scheme at 1 Wrights Lane, W8. “Most buildings around here are either listed or residential with multiple ownership. The area is sorely lacking a fit-for-purpose, 21st century workplace. So that’s what we have delivered.”

It is certainly of-the-moment. With air quality control, nearly four tennis courts’ worth of outdoor terrace space and hives that can accommodate 120,000 honey bees, the Kensington Building has all the hallmarks of en vogue central London office space in 2022. The block, designed by Pilbrow and Partners and developed by Geoffrey Shaw’s Janson Urban, “responds to a lot of the issues people have post-pandemic,” Ferrari says.

Perhaps the most fashionable – and important – of those issues is that it is a retrofit. The site was home to a department store, Pontings, from the late 1800s until 1970, when it was demolished and replaced by a newer structure. Ferrari describes that as “a concrete monstrosity” – though that didn’t stop him splurging £200m to buy the consented scheme from Columbia Threadneedle in 2019. Construction started months later.

The result is a new office building that has a head start from a sustainability perspective. The 1970s frame gives it floor-to-ceiling heights of up to 5m on some levels, letting in the sort of natural light normally reserved for new-build office towers. “The bones of the building are good,” Ferrari says. “So with sustainability being as important to tenants as it is today, we decided that if we could retain 70% of the existing structure then the embodied carbon saving would be significant.”

The retrofitting issue has been thrust into the limelight in recent months by another project designed by Pilbrow, the redevelopment of Marks & Spencer’s store on Oxford Street. Both Westminster City Council and City Hall have given the scheme the go-ahead, but now housing and communities secretary Michael Gove has called it in for consideration on environmental grounds.

Ferrari agrees that planning committees have a responsibility to push developers towards repurposing old buildings rather than bulldozing them and starting again – but with the caveat that it is not always that easy. “I don’t know the details (of the M&S scheme) closely enough, but I would say that, as a general point, department stores tend to convert pretty well because they should have really good bones and good volumes. “But it is not ‘one-size-fits all’ that every building should be reused. Some buildings just aren’t worth keeping, and you would do much better to redevelop the site. I think it is dangerous to generalise too much.”

More recently, Ashby Capital’s attention has turned to the building’s operation. The developer has installed a central data hub, which gathers information on air quality, temperature, energy usage and more, and puts it on a series of monitoring screens on each floor. Ferrari says he lifted the idea from a scheme by tech-focused developer EDGE in Amsterdam. “We all bounce off each other, and that’s the way this business works,” he acknowledges.

The hub is designed to create an open line of communication between the tenants and the landlord on how the office operates, but Ferrari thinks the onus falls squarely on the latter to make that happen. “We as landlords have the responsibility to promote that dialogue. We can collect the data, present it and then come up with ideas as to how the building can be run in a more efficient way for them. If you’re in a building for three days a week, you don’t need the air conditioning running 24/7, for example. But that has to be driven by the landlord.”

He continues: “Where we are able to be more advanced than some of the other landlords in the business is that we build to own. We are not doing this development just to let it and trade it on. We are looking very closely at what the next 10 years will be like. “Buying all these sensors is a significant investment. Then we have to put the management in place to summarise the data and spend the time to engage with tenants. There is a lot of work involved. But it is really important.”

Commercial prospects Although Ferrari says the site “would work well” as a single-let headquarters building – while Boots will occupy the 40,000 sq ft ground floor retail unit – he insists it is not limited to this. Instead, he sees the area as a hub for tech, media and finance occupiers, with the added bonus of being right next to a Tube station. “We are targeting the sort of occupiers who are looking to be in a vibrant location,” he says. But despite a slick promotional video Ashby has commissioned – featuring well-put-together young people wandering around, working out and buying flowers to dance music – it is questionable whether Kensington, once the playground of the Rolling Stones and fashion icons such as Twiggy, is as “vibrant” as some of London’s up-and-coming locations such as Farringdon or Shoreditch. Does the growth of the so-called tech belt, and its potential to hoover up his potential occupiers, worry Ferrari?

“No,” he says. “The things that attract those sorts of companies are here too. The market has changed over the past 10 years, and areas are becoming less defined. We are developing with Helical in Farringdon (at 33 Charterhouse Street, EC1), and we are seeing West End occupiers coming to have a look, because it is next to Crossrail, it is a great building and it is a vibrant location.

“All of those things apply with the Kensington Building,” he says. “And we’re seeing a similarly wide appeal.” 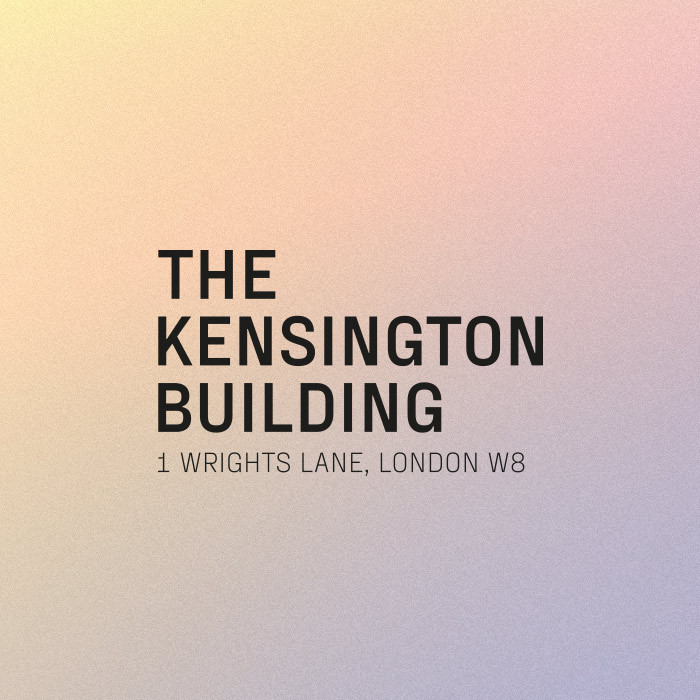