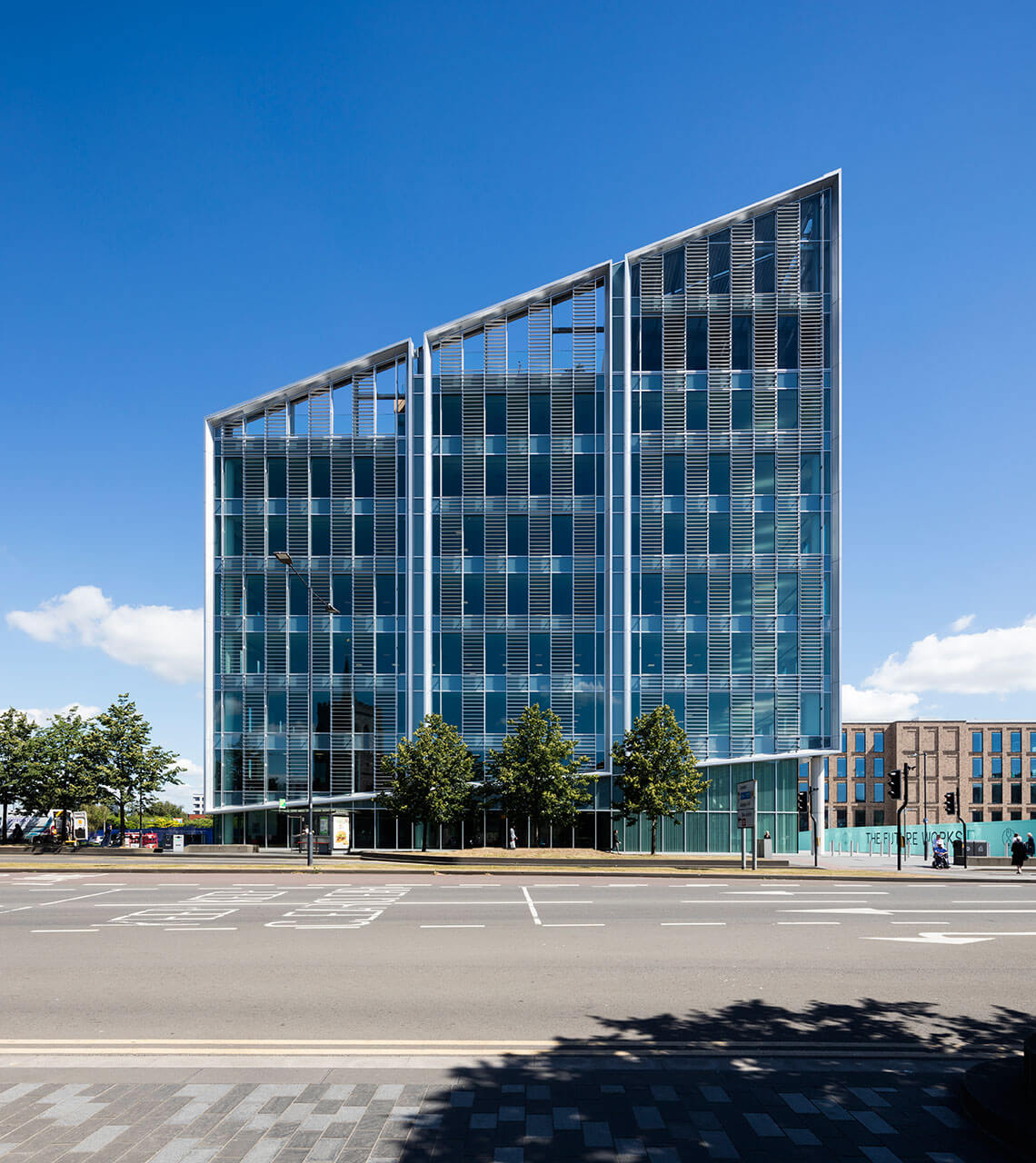 The Future Works on Brunel Way was named ‘In-town Office of the Year’ at the Thames Valley Property Awards 2019 last month and has now also been highly commended in the ‘Best New Build outside of Central London’ category at the OAS Development Awards, organised by the Office Agents Society.

Developed by U+I and funded by AshbyCapital, The Future Works forms the centrepiece of a new commercial quarter for Slough. The first phase of the development provides 100,000 sq ft of Grade A office space, along with two roof terraces, a café and improved public spaces. Central Working operates a hub for enterprise and innovation on the building’s ground and first floors.

Tom Smithers, Head of Asset Management at AshbyCapital, said: “We’re thrilled that our hard work with U+I has been recognised in two different awards programmes.

“Slough is an exceptional business location with the largest concentration of global corporate headquarters outside London and one of the highest start-up rates in the UK. Creating high-quality workspace that appeals to modern occupiers is vital to the town’s ongoing prosperity. With its two roof terraces, state-of-the-art facilities for cyclists and impressive reception, The Future Works provides world-class space moments from future Crossrail services and the town-centre shopping malls that are set to see a £1bn redevelopment. These are exciting times for Slough and we’re pleased to be playing a part in its continued evolution.”

Ashby’s Rising Star: How to develop for digital natives
The Philosophy of Property Development