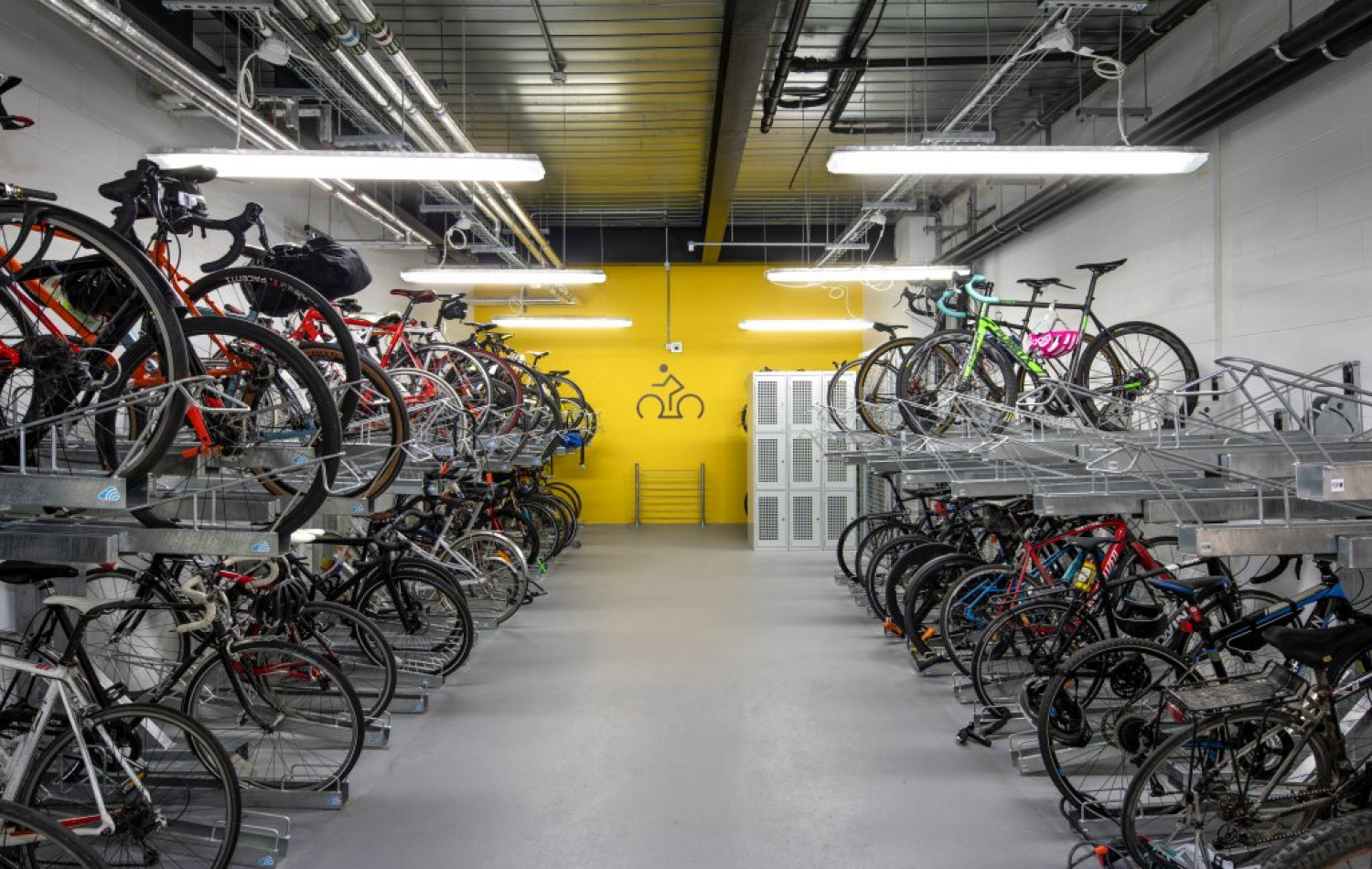 Developers Must Adapt to the Rise of the Active Commute

Lucy Arthur Operations and Marketing Director at AshbyCapital, tells us why Covid-19 means bike stores and hair straighteners will be increasingly on the forefront of developers minds.

The Association of Cycle Traders reported that sales and repairs in June were up to 50% higher year on year. With more companies starting to encourage employees back to the office and public transport remaining a risk area, Cycle to Work Day, which took place last week, came at a particularly opportune time this year.

The popularity of cycling throughout lockdown has been plain to see, but the statistics confirming this trend are still impressive. A record-breaking two million Boris Bikes were hired in May and June, according to Transport for London, with the last week of May the busiest week ever for the scheme. Halfords also announced a surge in bike sales of 57.1% in the 13 weeks to 3 July as people looked to bicycles for both leisure and commuting.

It doesn’t seem like this boom will be in a flash in the pan either, with a number of recent government initiatives announced to support cycling. Last week, Boris Johnson unveiled a £2 billion plan to encourage cycling and walking to improve health and the environment. This includes support for the provision of cycle lanes and safety classes, as well as free £50 repair vouchers to make it easier for people to bring their old bikes out of the shed or keep existing cycles on the road. While there’s been some scepticism over how new the £2 billion of funding really is, cycling in the UK is evidently on an upward trajectory.

What’s more, the initial evidence suggests that many are determined to take their new-found hobby back into everyday life and, in particular, the commute. The Cycle to Work scheme, which allows commuters to obtain bicycles and cycling equipment tax-free through salary sacrifice, enjoyed a 120% increase in the number of people joining it in June, according to data from the Cycle to Work Alliance, with 37,754 employees obtaining a bike through the scheme that month compared to 17,071 the previous year. However, as summer turns to autumn and winter, will enthusiasm start to wane?

Just as no-one expects online shopping to relinquish all of the market share it’s gained over lockdown, or agile working to be forgotten, many of those who started cycling during the pandemic are also likely to continue. Cycle traffic has, after all, been trending upwards since 1993, according to statistics from Cycling UK, with significant gains in recent years as public transport has become more crowded.

Running, walking, or even scooting to work are also likely to become more desirable as we become increasingly averse to the idea of squeezing onto a crowded tube carriage or busy bus or train. But what do these changes in attitudes mean for developers of office space?

The provision of cycling facilities has been an increasingly important feature on occupiers’ wish lists for some time, but this requirement has now been taken to the next level. Developers will need to go further, offering more and better amenities tailored to cyclists, in addition to catering for other alternative forms of transport.

At The Future Works, our 100,000 sq ft office building in Slough, developed in partnership with U+I, we have considered the whole tenant journey to make active commuting as easy as possible. The location of the bike store and changing rooms gives fast and easy access to the workspaces; there’s a touch-free water fountain near the bike store and changing rooms for rehydration on arrival; and the changing rooms feature keyless lockers, complimentary towels, hairdryers and hair straighteners. Widescreen TVs mean employees can catch up on the news whilst getting changed, while free Wi-Fi means they can check e-mails before getting to their desks. A drying room makes an active commute possible whatever the weather, and we also have a bike repair station with tools to sort out punctures and other simple jobs, as well as organising regular visits from a bike repair company.

Changing priorities when it comes to the commute may also lead to other changes in the property industry. Living closer to work to enable an active commute may become more important, accelerating the rise in popularity of mixed-use schemes and city-centre living.

In many ways, the covid-19 pandemic has accelerated existing trends rather than creating new ones. But recognising subtly shifting priorities and adapting to them will be key in ensuring buildings stay relevant now and into the future 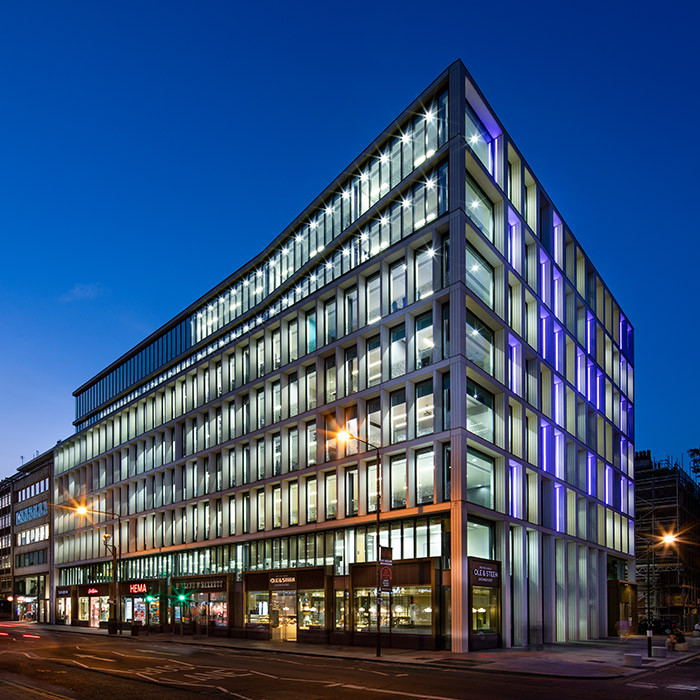 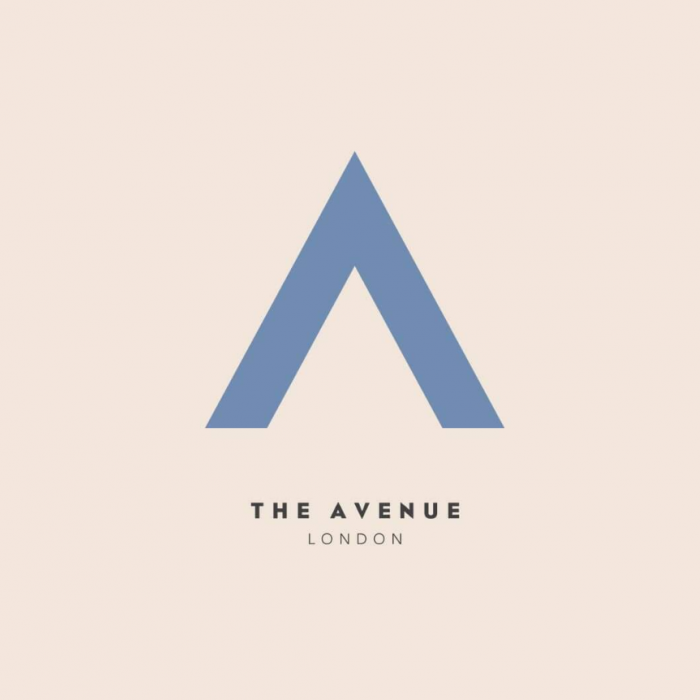 A striking office building benefitting from the renaissance of Tottenham Court Road, which will become the West End’s main transport hub following the arrival of the Elizabeth Line